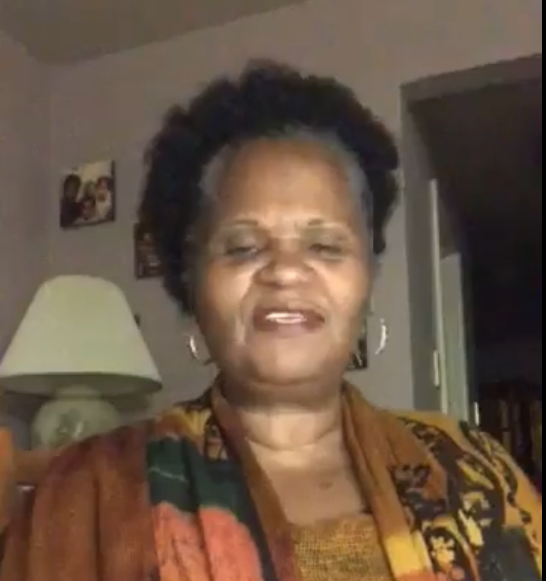 There is so much tragedy in urban communities. Black on Black crime runs rampant, while police shoot our men like animals in most urban city streets. We exist in a conundrum. We are living in a time of Jeremiah 51:20 were our sons are standing on corners angry as wild bulls in a net filled with the fury of the Lord. Residents in our community believe we are under constant media attacks. This may be so, but we must also look at the source for the attack. In just about every urban place where we live, we see news of youth violence, one Black person killing another, and of course police brutality against. Is it the media attacking our community? Could it be ‘US’ not digging deeply into ourselves and purging those hidden evils and debaucheries that only we, and ‘me’ and Jesus can see? We are supposed to ’be’ a nation of Kings, Queens, Leaders, and Priests. Do you think if we could figure out how to ‘be’ ourselves with integrity we could be a nation of Kings, Queens, Leaders, and Priests? Would the media have anything to use for this ‘attack’ if we engaged in self-reflection, looked deeply into ourselves, and identified the things we need to do to make ourselves better? Then, what should we do with this information acquired from our deep self-reflection? Should we figure out how to be responsible and get help? Should we take responsibility and reach out to God in prayer for help? Should we stop blaming the media for the ‘attack’? If we are digging deep to uncover both the presumptuous and hidden dins within us would the media have much “news” to distort or spread? If we were to consciously work on ourselves to make our calling and election sure what might happen collectively? Should we stop blaming the people around us for the negative talk and negative gossip about things that are actually true? No, it is not their business to spread. However, it is our business to fix! It IS our business to put ourselves in a position to repair the breach, to heal the wound, to free ourselves from emotional trauma, to make sound and wholly decisions, to free from the hurt so we won’t hurt others. Yes, it is difficult, but no it is not impossible. We were created to be the best of the best, not the worse of the worse. Whose fault is it really? Let us take responsibility to make ourselves better. How can you become a Jeremiah 9 Woman?

Primarily, we strive to be called, ‘Virtuous Women’ and a ‘Proverbs 31 Woman’. We talk a lot about this Proverbs 31 Woman, the one who works hard for her family and shows her love for them through her actions. This is the virtuous woman we want to be very bad, it’s a deep desire of most women. We want to be submissive yet we spend little time ensuring the man we submit ourselves has the ability and skill to lead as righteous man of God should. However, the description we see in Proverbs 31 is specifically for the married woman, whose husband is a rational, sound, loving, kind, and honorable man of God. The Proverbs 31 Woman feels comfortable and happy supporting her husband because she is loved and she has the support of a true man of God. Moreover, what we do not think about is, the Proverbs 31 woman had handmaidens. She had the help of her own, in many cases, she had more than one handmaiden. Also, society supported her in her endeavors. No wonder she could be such a superpower! Yet, we allow ourselves to be stressed out and in the line of fire when we can’t keep with her. This sister is busy getting it done!

Consequently, in this day and time, many women have not been blessed to live in such a home. Honestly, not all of us exist in such a supportive society. Let’s take a look at The Jeremiah 9 Woman, however, Jeremiah 9:17-22. This is the woman who is skillful in the art of prayer, we need to be praying women. Let me give you a bit of background. The children of Israel were in jeopardy of going into captivity, yet again. Still, it was due to their disobedience to God’s law. Jeremiah also called the lamenting prophet, warned them constantly about what was about to happen. The men prayed and fasted and begged for God’s help, but the sin had gone too far. So, through the mouth of Jeremiah, The Lord suggested to the men that they go get the wailing women, cunning in prayer. This group of women was good at the art of intercessory prayer. Otherwise, why would God even suggest it? Especially intercessory prayer. Intercessory means she is a go-between, a mediator between God and the people begging for forgiveness and mercy for those around her. She keeps the law and she is filled with the fruit of the Spirit. We can infer traits of her good, quiet, humble, yet strong character, because our Father, The God of Abraham, Isaac, and Jacob would not hear prayers The Jeremiah 9 Woman was called to do, from the lips of any woman. We know of a surety that Jesus will not hear the prayer of sinners, John 9:31. Despite the skill, intelligence, and willingness to work a virtuous woman possesses, in this day and time, it is stressful mostly because our support system does not include handmaidens whom we assumed worked for room, board, food, and personal needs. Maybe sisters would be less stressed if we shifted our focus and strived to become The Jeremiah 9 Woman.

Moreover, since the Most High does not hear the prayer of just anybody, these women had to show Him something He had not seen in others. Her character must have been astute and righteous. I think it was a circle of women who experienced enough in life to know that Yah is her source and her substance. I think the women who were married were Proverbs 31 women who took care of their families well and was trusted by her husband, yet respected by her children. However, they also took the advanced course in the womanly art of prayer, meditation, and fasting. I think there were single sisters and widowed sisters who looked to Yah for their help during hurt, challenges, and grief. I think this circle of women, however many there were, were self-reflective. I think they knew how to lead when necessary and to be submissive when necessary as well. I think this group of women knew how to forgive. I believe these women could judge righteousness vs unrighteousness but they were not ones who condemn, otherwise how they could pray for a nation of sinners. I believe these women whom God, Himself, highly respected were not only self-reflective but they were able to dig deep inside of themselves and honestly admit their faults and pray for help in ‘fixing’ it. I think they were like David, having made many mistakes in life but never the same ones, thus, the apple of The Father’s eye. I think these women may have been meek, and pure in heart. These are the characteristics of a servant of God. I think these women had faith unlike their ancestors of Psalms 78, and did not limit God and put Him inside a box. I believe God knew the hearts of these cunning wailing women and He knew they could get the job done. I think He heard the wailing of these women, about important issues of concern, many times before. They obviously had an excellent track record in prayer. What do you think God saw in these women to cause Him to take notice?

Finally, We were not born to just pay bills and die. “Beloved, I wish above all things that thou mayest prosper and be in health, even as thy soul prospereth (3 John 2). What can we learn upon comparing and contrasting the Proverbs 31 and the Jeremiah 9 Woman? How can we use these two types of women, especially the Jeremiah 9 Woman, to guide our lives? How can we be meek so we can inherit the earth with the saints? How can we be loving, kind, honorable, and busy as heck taking care of our family’s business, while we are also the type of sister who is spending adequate enough time in prayer, meditation, praise, and praise? I believe it is through the latter that we become less stressed and grow in the fruits of the spirit as we fulfill the role of a virtuous woman despite. In John 14:27, Christ said “Peace I leave with you, my peace I give unto you: not as the world giveth, give I unto you. Let not your heart be troubled, neither let it be afraid.” So tap into this peace by not only being virtuous but also becoming skillful in prayer. In conformity with James 4:8, the practice of continuous prayer will draw us closer to The Most High, put us in a position of vantage where He can help us with life’s challenges, and cause the enemy and his minions to flee from us. We know that “The effectual fervent prayer of a righteous man availeth much,” James 5:16. Lay your troubles at the feet of our Father. Pray at least 3 times a day like Daniel, Daniel 6:10. Become a Jeremiah 9 Woman, so the Father recognizes us and knows of a surety that He can use us for the good of the nation. According to the daily devotionals below, there is power in prayer.