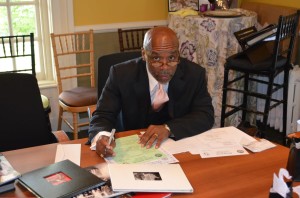 Grace and Peace to you in the mighty name of Jesus. As we take the Word of God around the world we find that most of the doctrines that are taught in the name of Jesus have nothing to do with the agenda of God.  As in America, Zimbabwe and all over the world, the second coming of Christ, the manner in which He is coming and the object of His coming, differentiates with most doctrines that I have heard and studied.

There are some doctrines that say that you’re going to heaven. There are some that say the Kingdom has come already. There are even some that say that the Old Testament has been done away with, and all we need is the New Testament. If I were a young man or woman looking for the way to salvation I would be much confused. By the way, I’ve heard also that some say that we are saved already and some say that salvation can only come at the return of Jesus. How can I know which way is the right way to go?

True Doctrine Is That of the Kingdom of God

Readers, Satan is the author of confusion, and Satans main device is to divide and conquer. If we are to overcome him and this world that he resides in, then we must be of one mind, one faith, and one baptism, which should be done in the name of Jesus.

First, we must understand that man does not live by bread alone but by every word that proceedeth out of the mouth of The Lord. The second thing that we must understand is that the scripture is of no private interpretation; but is to be read line upon line and precept upon precept. We must understand that God is God and that in every generation He is the same. The same gospel or spiritual meat and drink that we eat today, is the same gospel that was eaten in the days of the original church that came out of Egypt. In fact according to the book of 1st Corinthians the tenth chapter verses one through four, Jesus Christ was the spiritual rock that the church followed. This confirms the testimony in Hebrews the thirteenth chapter, Jesus Christ the same yesterday, today and forever.

Exactly what is the gospel that has been preached in all generations? What are the glad tidings or good news? It is the coming of the kingdom of God. What is the kingdom? The kingdom is a government just as we live today in the Kingdom of men we are hoping to enter into the kingdom or government of God. Every kingdom has a king every government has a ruler. Just as men live in governments or kingdoms ruled by man, so shall the kingdom of God just men are made perfect or God! St. John first chapter at the twelfth verse it states, as many as received Him to them gave He power to become the sons of God. In Philippians the third chapter it states, who shall change our vile body like unto His glorious body. What this implies is that the creation of God is still going on and according to first Corinthians the fifteenth chapter, as long as we are flesh and blood, we cannot inherit the kingdom of God.

Where will this government exist to be, in heaven or would it be on earth? Without the proper understanding of God’s will and agenda it will be confusing to know. Jesus often spake in the Bible of things pertaining to the kingdom of heaven. Kingdom of heaven does not mean that the kingdom or government will be in heaven, but the kingdom is from heaven. Just as I am Pastor Steve of the United States you could also say that I am Pastor Steve from the United States. In the Lord’s prayer God’s will concerning His kingdom and where it will be is very clear and apparent. Thy kingdom come, thy will be done, on earth, as it is in heaven.

In the parable of the talents where God is giving out His reward for service well done He says, “Rules thou over five cities, over 10 cities etc.”  In Zechariah the 14th chapter at the ninth verse it states, “and the Lord shall be King over all the earth in that day shall there be one Lord and his name one.” Lastly, in Revelations chapter two, at the 26th verse it states, “and he that overcomes and keepeth my works unto the end, to him will I give power over the nations.”

True Doctrine Is That of the Kingdom of God

Friends, it looks as if everything that God is doing concerning His government, He is doing it on this earth. Blessed are the meek, for they shall inherit the earth. If God did not love this world, He would not have given His only Son to save it! In conclusion, we know through the Bible that the whole world lieth in wickedness. However, when Christ sets up His government, He will remove all things that offend. For if we are so blessed to enter into that kingdom, thine will be the kingdom and the power and the glory forever and ever Amen.

Peace be Unto you all in the mighty name of Jesus Amen!

Christmas and Its Validity

The Mission Continues in Zimbabwe