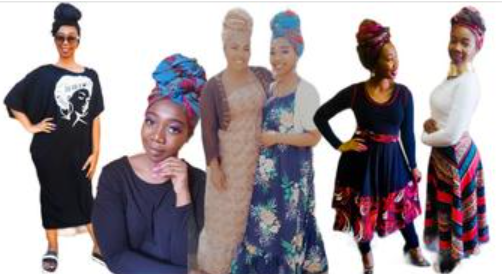 For the single sisters: It’s Our Fault Sisters

All in all this post is not about telling men what they need to do but helping myself and other sisters with practicing, living, and being a virtuous woman of God.  It is a discussion about traditional womanhood and being a help meet.  As many have stated, men are the head and they have their own responsibilities which the Lord requires of them. As a woman and help meet to man it is not my job to tell men what they should and shouldn’t do. It is my job to focus on me and my own thoughts and actions.

I was not created to do that which God created for man.  I was created to help man to live in fear of God and keep his commandments so he can use us to share his light.  I was created to love and embody virtuous womanhood, and biblical femininity.  I was created to be kind, meek, quiet, have godly beauty that only God’s word can provide in order to support my community and help other sisters do the same thing.

Behavior of some single sisters

As women we have many issues. A growing problem among us is women sleeping with and dating married men or any man, no matter the circumstances, for financial gain.  What is the root of this particular problem?  Is the problem men who deceive us?  No, the reality is, the blame is on us as women.  We have set our morals at our feet with our panties; we have no shame. Some of us publicly date married men, desire a flashy life, and promote high end prostitution, which is what it is. Some of us post naked, booty pictures with immodest content of ourselves on social media.  In my opinion, this behavior is leading us to destruction.  This growing problem is not even undercover anymore it’s happening in broad daylight, in person, in our camps and churches, and on social media every day. The wife is not considered; it is hurtful and often devastating to she and her children.

I think we need to educate our sisters about this behavior, call out this high-end prostitution, and cruel behavior out among ourselves.  Our goal as a help meet is to work or become a wife and submit to your own husband, not somebody else’s husband. When we want what others have we break the   commandment; we covet that which is our neighbors.  We should value yourselves more. The sisters who do it for the companionship need to pray to God for their own husband.  The sisters who do it for financial reason need to learn a skill and go to work instead of using sex with married men to get bills paid and determine our worth.  It’s time to ring back morality sisters.

We are seriously to blame, we are allowing this to happen to us. Some of us are making poor choices. We are our own problem.   I have heard when another sister says she is a virgin, many shame her, when another says she waiting for marriage to have children she is often ridiculed.  When a sister works on menial jobs and doing her best to keep a roof over her head, many will laugh at her. We don’t let all sisters in our circles and cliques, we are not friendly to our sisters. She doesn’t fit in with the married women, and the single women isolate her.  So, she feels desperate when a brother is “nice” to her and propositions her.  She is often pushed to succumb to his “friendship”.

We need to stop promoting getting the bag, looking naked, and being flashy, on social media. What we don’t want is our 16-year-old girls “securing the bag” in apartments and hotels, following under the footsteps of their +20, +30, +40 + 50-year-old sisters. We need to be better examples to the young people around us.  What we are inviting is “monkey see monkey do.”  We may not realize it but we are the ones setting bad examples, talking about those things in front of kids. They see this behavior as a normal thing to do for woman.  It’s our fault sisters.  We have nobody to blame but us.  This message is not for married sisters; this is specifically for single women who easily succumb to these toxic relationships with married men.

Tips on practicing abstinence -The wait

It may be common for couples to have sex before marriage, but a new studies shows that couples who wait until marriage are happier with the quality of sex than couples who have intercourse before their vows. These are tips to help make the wait easier.

There’s more to a relationship than sex, sex can cloud our emotions and make us feel we are more connected to a person than we really are.  Learn to make friends without sex.  Develop healthy relationship skills.

There’s more to you as a person than sex, being defined by your sexual orientation is a device of the devil to keep us operating in lust. Your self-worth is not based on sex.  If a male “friend” pressures you into it, he is not your friend. The Word is your tool belt, so quote these scriptures to him.

Develop a Deep Understanding of Sex and Marriage.

Marriage is between a natural man and natural woman. Sex does not define marriage, rather sex is made for marriage, and only for marriage. Friends with benefits is not supposed to exist in a righteous world.

What Is Abstinence?  Abstinence is choosing not to have sex before marriage and it has its benefits. We do not want to talk about it; and the subject is often taboo but sex is not supposed to be part of dating.

Academic performance and focus in life before marriage: It is easier to concentrate on your studies. Better excellence in high school, and college. After all, isn’t that what you came to college for?

Certainty: If the relationship lasts without sex, there is a good chance it will be a strong relationship.

Confidence: You’ll know that the other person likes you for you, and not just for sexual attraction.

Freedom from worry: You’ll have no concerns about unintended pregnancy and/or sexually transmitted infections. Also, there will be less confusion about relationships that become intense too fast.

A person or couple does not have to be a virgin to practice abstinence. Sometimes, someone and couples who have been having sex decide to stop doing so. A person/couple who has been having sex can still choose abstinence.  It is statistically proven that couples that wait to have sex before marriage are more satisfied and successful after marriage.

Proverbs 31:26 “She openeth her mouth with wisdom; and in her tongue is the law of kindness.”

Proverbs 31:30-31 “Favour is deceitful, and beauty is vain: but a woman that feareth the LORD, she shall be praised. Give her of the fruit of her hands; and let her own works praise her in the gates.”

1 Corinthians 6:18 “Flee fornication. Every sin that a man doeth is without the body; but he that committeth fornication sinneth against his own body.”

1 Corinthians 7:9 “But if they cannot contain, let them marry: for it is better to marry than to burn.”

1 Corinthians 7:2-5  Nevertheless, to avoid fornication, let every man have his own wife, and let every woman have her own husband. Let the husband render unto the wife due benevolence: and likewise also the wife unto the husband.  The wife hath not power of her own body, but the husband: and likewise also the husband hath not power of his own body, but the wife.  Defraud ye not one the other, except it be with consent for a time, that ye may give yourselves to fasting and prayer; and come together again, that Satan tempt you not for your incontinency.