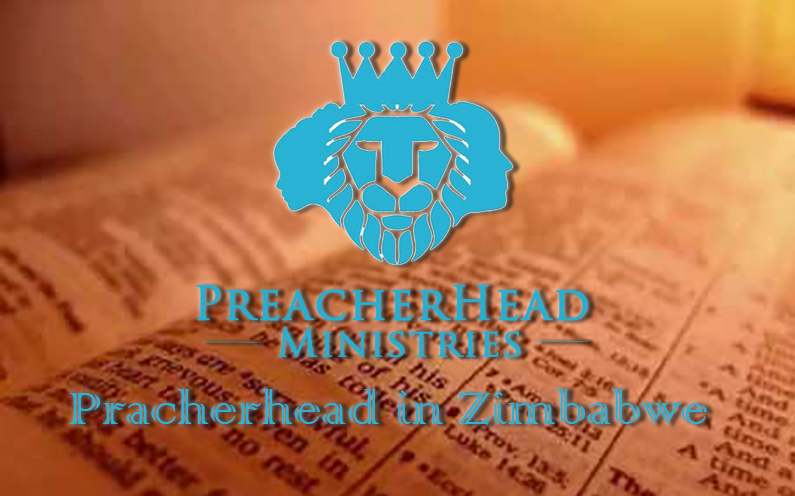 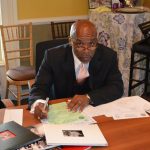 Grace and Peace to all the readers of this blog in the mighty name of Jesus.

As I reflect on my memories in Zimbabwe and the ministry that God allowed me to do there, there are many stories that I want to tell you.  However, there was one poignant story that sticks out among all the others; this is the one that I wish to tell today.

It was a Wednesday evening after a great Bible study that we had where we had an open forum where people were enthusiastically asking questions pertaining to the Kingdom of God. Some of the brothers and sisters wanted to walk to the corner grocery store, and I went along with them taking in the sounds and culture of the neighborhood where we were walking.  As we got to the corner where the grocery store was, I could not help but be reminded of my own neighborhood where I grew up. Just like in the hood, young men were at the head of every corner enthusiastically talking slapping each other’s hands, selling CDs, and tapes and all manner of other things.

You Cannot Judge A Book By It’s Cover

As I came out of the store two young men approached me enthusiastically putting DVDs and tapes in front of me trying to get me to buy what they had. It brought to mind the saying “the more things change, the more they stay the same.”  The young brothers approached me in their native language, which is Shona thinking that I was one of them. Once they found out that I was an American, their sales tactics intensified greatly. This is due to the fact, I believe, that their image of foreigners, especially black Americans, are men of great means and stature (financially speaking).

This is largely because the same music videos of young black men and women that are constantly portrayed in America, which are only illusions of grandeur, are viewed not only in Zimbabwe, but all over Africa. So most of the youth that are there are trying to get over to America where they believe is the promised land. Satan truly does have the whole world deceived!!

As I begin to tell them the real reason that I was in Zimbabwe, to preach the Word of God, some of the young men took an interest in what I had to say. One young man in particular who was the loudest in the crowd who also looked like the one who had the most “swagger,” started questioning me as if he were weighing in the balances, and I could tell that he had a disdain or ought with preachers. The manner in which he was talking was so fervent and passionate that years ago I would have not been patient in dealing with this young man. His appearance was in fact ruddy and very urban. He also was very vocal and very firm in his opinion that he held. However, the more that I stuck to the word of God and not my opinion, the more he began to defuse and listen.

Judge Inwardly: You Cannot Judge A Book By Its Cover

We talked for about 10 minutes more and then I had to leave and go handle other business.  As I turned the corner to walk away he left the crowd he was with and chased me to get my attention. The next words that came out of the young man’s mouth floored me. He says to me, “sir I also am a pastor. I have a youth group that I minister to daily and I would like for you to come and meet some of the people that I minister to…would that be okay?” We then set an appointment for the following day.

The next day as I arrived at the designated address he gave me, the young man had not arrived and was running late. I then told the people at the residence my name and that I was expecting someone; however it did little to get me in. When he finally arrived, I was taken in to meet his superiors and those people who were in charge of the ministry. The residence was an orphanage full of wayward children who had no mothers, they had no fathers, and no certain dwelling  place, food or shelter. There was sadness and uncertainty in the eyes of many of the children that I saw. I took a seat that was offered to me and sat down not knowing what to expect next. There were large pots over fires and I could tell that some sort of meal was being prepared.

A call was made for all the children to come together into one room. When they were assembled and settled, the young man who invited me stood up before them. As he began to speak to them in the Shona language, I could tell that another spirit had come over him. It was the same intensity in which he dealt with me on that street corner the previous day. What I particularly paid attention to is that every eye and every ear was focused into everything that he said. He spoke for about 15 minutes with the savvy of a well experienced orator. I was amazed and it also reminded me how God works; he takes those who are base and exalts them to do His mighty work. In addition to the fact, we should never judge a matter before the time and not judge by the sight of our eyes.

Not knowing what was next, he then called me up before the children and asked me to give them a word of exhortation. I knew that because of what these children were going through the message had to be one that was heartfelt. As I began to speak, there was someone to interpret as I spoke. I first let them know that no matter what their present condition seemed to be that God had not forsaken them and he never would.  Even though it is obviously apparent that they lack so much, the spirit of contentment and peace still seemed to dominate their minds.

It was then that I realized the value of young men such as the one who invited me there to be a part of his labor and servitude in God’s vineyard. It truly was one of the things that has changed my life forever especially in how I look at people. I also came to understand that this was a daily ritual with the young man. I also learned that the sales of the DVDs and CDs were going in part to support the same mission.

I keep in contact with him every week as I sit here in America, the land of plenty. I cannot wait for my return back to Zimbabwe to help continue the mission to the poor and needy. Readers I truly realize more and more each day that we were put here to serve, not to be served!

May God grant you peace in the mighty name of Jesus Amen.

PS: PreacherHead Ministries supports the young man and the orphanage and any donation or gift will help us continue to help them and others like them continuously. God bless you in Jesus name.

We Are Going Back To Zimbabwe

What is the Gospel?

Pray for One Another Video Official